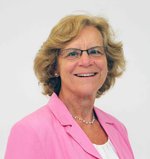 March 9th: Cate Dewey - Educating orphans in rural Kenya through food and permaculture
When Professor Dr. Cate Dewey, chair of the Population Medicine department at the Ontario Veterinary College visited Kenya a decade ago to work with small-holder pig farmers and prevent human epilepsy,  she found herself unexpectedly interacting with a group of desperately poor AIDS orphans who were not attending school. Her move to initiate a school lunch program led her on a far-reaching adventure to enrich the lives of the children, and a life-changing event for herself.
(please note that this is a change from our original program described in our printed brochures) 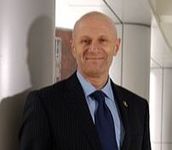 May 18th: Alan Morgan - Southern Ontario geology of the last ice age
Southern Ontario was covered by glacial ice from 25,000 to 15,000 years ago and the regional landscape was heavily modified as the ice advanced and retreated. Preserved beneath the glacial deposits are sediments that reveal the remains of animals and plants from the last pre-ice interval.
Alan Morgan, Professor Emeritus, Waterloo University will explain how and when these landscape features were formed during the last 120,000 years.

June 1st:  John Lawrence Reynolds, author
John Reynolds’ first book, a mystery titled The Man Who Murdered God was published to critical acclaim in 1989. This was followed by a series of more mystery novels and a lengthy list of nonfiction books, including some twenty ghost-writing projects for such luminaries as Brian Tobin, past Premier of Newfoundland, CAW Union president Buzz Hargrove, and co-founder of Second Cup Frank O’Dea.

June 29th: Paul Hebért - Planetary Biodiversity & DNA Barcodes
Paul Hebért, Professor of Biology, University of Guelph explains the remarkable strides in bar-coding DNA. The core DNA barcoding facility of the International Barcode of Life Project (iBOL) is situated at the biological laboratory of the University of Guelph, and is capable of providing DNA barcodes for upwards of 100K specimens per year.
​ 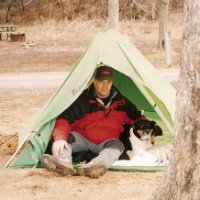 July 13th:  David Cook - What happens to a quarry when it reaches the end of its useful life?
David Cook, Msc. Natural Resource Management, Southern Ontario Land Manager for LafargeHolcim, and, with First Nations cooperation, creator of the world’s largest fresh water conservation initiative, “Keeper of the Waters”, showcases his company’s commitment to rehabilitation of worked-out quarries. After this talk you are invited to join David for a tour of the Woodstock, Ontario site of a large, partly rehabilitated quarry. Details to follow.

July 27th:  Jessica Hutchinson - Who will make health care decisions for you if you cannot make them for yourself?
Jessica Hutchison, Community Engagement Lead with Conversations Worth Having, the Advance Care Planning program of Waterloo Wellington, will share with us important facts worth knowing about Substitute Decision Making, Personal Care and Health Care Consent in Ontario. More information can be found at www.acpww.ca. 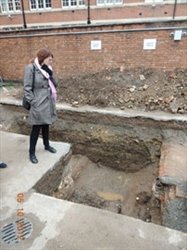 August 24th: Catherine Ollerhead De Santis - Finding King Richard!
In August 2012, the “Looking for Richard” project, funded largely by the Richard III Society, asked Leicester University Archaeological Services to excavate a council car park with the seemingly absurd long-shot plan to locate the King’s burial site. Long shot indeed!!!  On the second day of digging a skeleton was found that later proved to be Richard III’s.
​
Catherine Ollerhead De Santis, University of Guelph retiree and past Vice Chair of the Canadian branch of the Richard III Society, introduces us to the mortal remains of England's  Last Mediaeval Warrior King and the real Game of Thrones!
​

Sept 7th:  Annual General Meeting followed by Alan Morgan - Madagascar
Alan Morgan, Professor Emeritus, Waterloo University joins us once more, to provide a photographic tour of the geology, natural history and scenery of Madagascar, a unique land that separated from the Indian peninsula 88 million years ago, to follow its own unique evolutionary path.