Thank you to the members who attended one or more of our meetings so far this summer.  You have helped to make Summer Lectures Club a great success.  Please make a note of the remaining lectures and events for this season.

Final Lectures of the Summer

Lectures are every second Thursday, with the next lecture on Thursday July 14th. 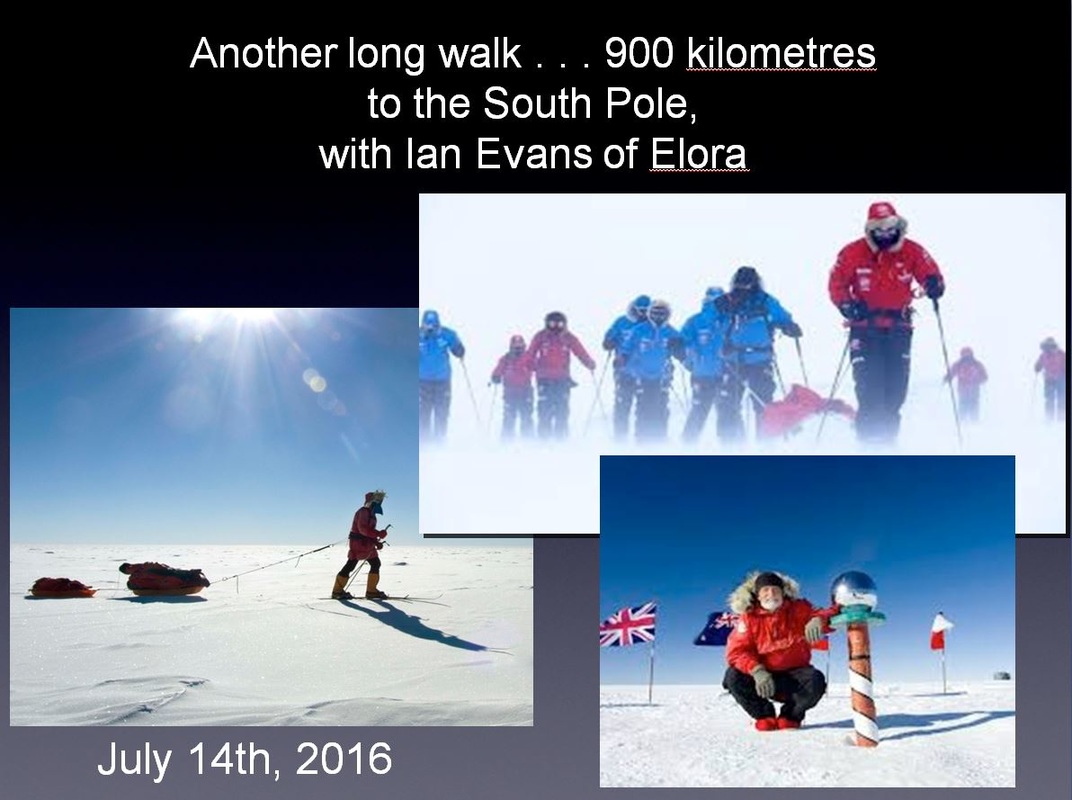 July 14 - "Another walk on the wild side!  900 kilometres to the South Pole"
Ian Evans, a 60-year-old adventurer who lives in Elora, relates his extraordinary feat of walking to the South Pole in January 2015 and his experiences along the way. He will give us a first-hand description of the harsh world “down under” that we can only imagine.

August 11  at 10am Our very first (annual?) general meeting, plus a guest speaker.

How have we done so far? What plans should we make for 2017? Anything you’d like to include in the agenda? Please let one of our volunteers know, or fill out Contact Form on our website (click here).
Your participation will help us develop a rich and interesting program for next year.

Plus . . .  a great guest speaker, Gary Draper who last winter presented a very popular “Whirlwind Tour of English Canadian Writing “ to a Guelph Third Age Audience. His subject . . . "THE JOY OF TEXT”. Gary will answer these questions: What are the pleasures of reading? What are the obstacles to reading? What should I read next? 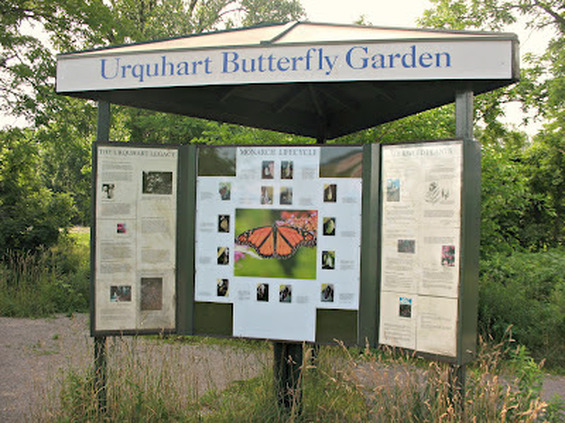 About Frederick and Norah Urquhart
In 1937, as a post-graduate Toronto University zoology student, Frederick Urquhart first attempted to unravel the mystery of the over-wintering habits of the monarch butterfly, Danaus plexippus L. In July 1945 he married Norah Patterson and together the Urquharts continued a 38-year quest that consumed the greater part of their academic and professional careers.
​
Fred and Norah tracked the butterflies by tagging the wings of thousands of individual butterflies. They founded the first Insect Migration Association, today known as Monarch Watch, and recruited hundreds of volunteers — "citizen scientists" who helped in their research by tagging butterflies and reporting findings and sightings. The Urquharts identified several distinct migration routes, but were baffled when the trail seemed to disappear in Texas in the late fall, only to reappear in the spring. They sought help in Mexico and recruited a pair of amateur naturalists to search for the butterflies. On January 9, 1975, naturalist Kenneth Brugger and his wife Catalina Trail finally located the first known wintering refuge of the butterflies on a mountaintop in Michoacán, Mexico, more than 4,000 kilometers from the starting point of their migration. They called the Urquharts with the exciting news “we have found them—millions of monarchs!.” Early in 1976, Fred and Norah Urquhart, then in their sixties, climbed the “Mountain of Butterflies” about 240 miles from Mexico City, in the Neovolcanic Plateau and among the millions of butterflies wintering there, found one bearing a white tag that had been placed on the butterfly in Minnesota.

To read a beautifully written description of their trip by Fred Urquhart, google National Geographic August 1976.
​

The Hamilton Museum of Steam and Technology 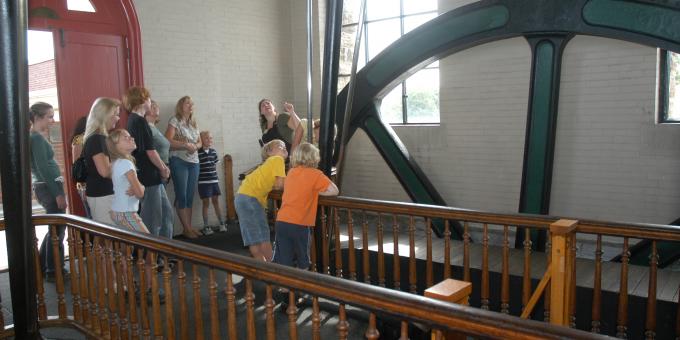 Third Age Learning - Guelph has put together another great program for the fall starting September 21.  They have their usual morning and afternoon lecture series.  The morning lectures series is "The indigenous Peoples of Canada" and the afternoon lecture series is "Spotlight on South America".  The fall program will be posted on their website sometime during the second half of July.  Check it out at:   ​http://www.thirdagelearningguelph.ca/
​You are receiving this newsletter because of your expressed interest in the Summer Lectures Club. If for any reason you would prefer not to receive news from us, please just send an e-mail and we’ll remove your name.